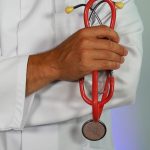 If you already have a doctor that is interested in prescribing a SIBO test, that doctor needs to fill out the Provider Registration Form and be set up in our system to order kits. Please direct your doctor to www.sibocenter.com for more information.

The teams of NUNM physicians, acupuncturists and students available at the NUNM Health Centers support patients and their individual needs by utilizing natural medicine techniques most appropriate for each patient. Several individuals focus on gastroenterology and have specific understanding of SIBO. 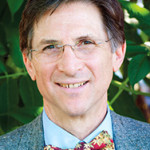 Dr. Steven Sandberg-Lewis contributes his expertise to the NUNM SIBO Center as both a writer and educator. He has been a practicing naturopathic physician since his graduation from National College of Naturopathic Medicine (now NUNM) in 1978. He has been a professor at NUNM since 1985, teaching a variety of courses but primarily focusing on gastroenterology and GI physical medicine. His clinic rotations are particularly popular among NUNM doctoral students and provide a unique clinical training experience. In addition to supervising clinical rotations, he also maintains a part-time practice at 8 Hearts Health & Wellness in Portland.

Within gastroenterology, he has special interest and expertise in inflammatory bowel disease (including microscopic colitis), irritable bowel syndrome (including post-infectious IBS), small intestine bacterial overgrowth (SIBO), hiatal hernia, gastroesophageal and bile reflux (GERD), biliary dyskinesia, and chronic states of nausea and vomiting.
Many of the patients referred to Dr. Sandberg-Lewis have digestive conditions that have defied diagnosis and effective resolution. Often these patients desire naturopathic treatment options in lieu of the courses of treatments they have previously undergone. He understands diseases of the gastrointestinal tract, can assess function and often finds successful treatments to regain a balance in the digestive system.

He is a popular international lecturer at functional medicine seminars; presents webinars; writes articles for NDNR and the Townsend Letter; and is frequently interviewed on issues of digestive health and disease. Dr. Sandberg-Lewis is the author of the medical textbook Functional Gastroenterology: Assessing and Addressing the Causes of Functional Digestive Disorders, Second Edition, 2017. In 2010 he co-founded the SIBO Center at NUNM, which is one of only four centers in the U.S. for small intestine bacterial overgrowth diagnosis, treatment, education and research. In 2014 he was named one of the “Top Docs” in Portland Monthly magazine’s yearly healthcare issue, and in 2015 was inducted into the OANP/NUNM Hall of Fame.

Dr. Sandberg-Lewis lives in Portland with his wife, Kayle. His interests include mandolin, guitar and voice; cross country skiing; writing and lecturing.

Out of state? The SIBO Lab can assist you in finding a SIBO doctor near you.